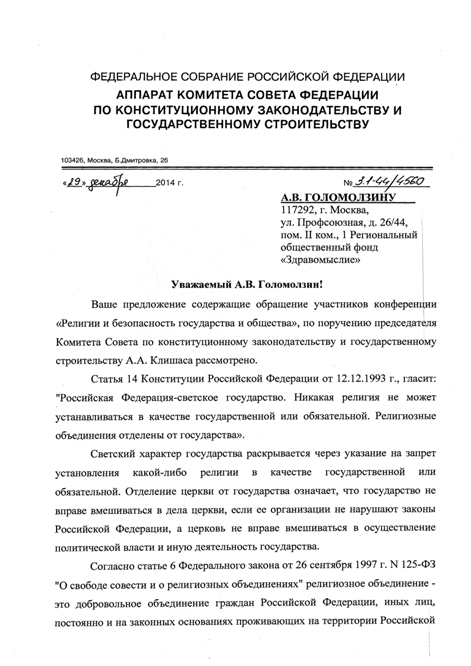 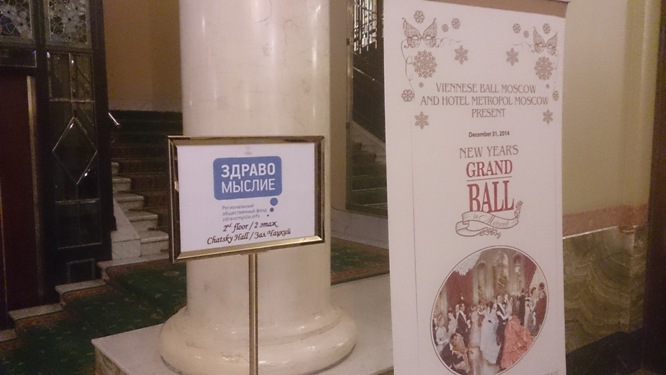 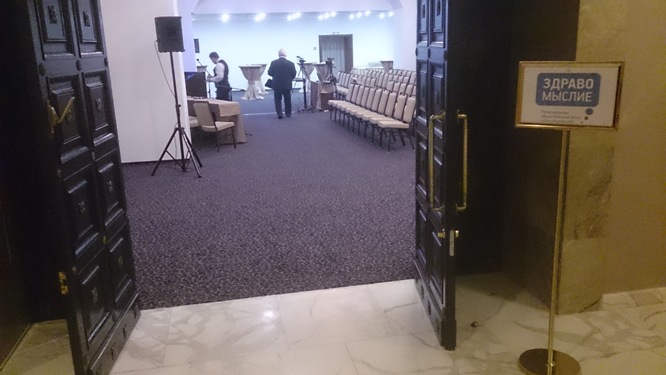 Conference “Freedom of Conscience. XXI Century” organized by “Good Sense” Foundation and devoted to problems of society’s clericalization, freedom of speech and conscience in Russia will take place in Saint-Petersburg on November, 2011.

Not long ago the Foundation received a letter from Alexander Nevzorov*:

“Hatred and contempt are in one sense an art, therefore they require some carefulness. Besides, there exists a package of simple rules written in blood and sweat of journalists: a skill not to have yourself set up while demonstrating contempt, hate, or while mocking at ideological opponent. Yes, one must and one may hit where it hurts, but not setting yourself up as it was done by the Kaliningrad journalist (I was told the story)***. I presume there is a need in a sort of a conference at which the veterans, old ideological saboteurs, can share their experience with the so-called “youth”. If such a conference will be held in Saint-Petersburg – I guarantee my participation and masterclass. A.G.Nevzorov”.

The recent events reflect the growing clericalization of the society, aggressive policy of most confessions aimed at undermining of the constitutional basis of secular state. In the course of property conflicts and active penetration of the educational process by religion we witness state authorities obviously favoring religious organizations to the prejudice of citizens whose opinion is usually ignored, and to the prejudice of the Russian society. Including of religious activists in committees created for solving pure scientific and educational problems, as well as joy and enthusiasm of officials reporting on implementation of “religious component” to the state education, is astonishing.

At the same time it would be incorrect to blame only the religious organizations, as unprecedented enhancement of limits and scope of their influence is occurring through passive position of the society regarding these matters, and absence of a united front of all anti-clerical forces, resulting in opportunity of clericals to suppress single protests of groups and individuals using “authority reserves”, “public opinion” in loyal mass media, radical religious organizations (including those under masks of social organizations) or through initiating groundlessly enhanced application of Article 282 of the Criminal Code**.

Since there is neither united centre of our forces nor legal protection of our interests, as a result those between us who does not wish clericalization of Russia become vulnerable to “hatred and contempt”, and do not produce constructive decisions able to overcome the deadlock of growing clericalization.

The letter of Alexander Nevzorov timed to internal discussion within Foundation of arranging a “round table” at which all independent social forces and scientific community will be able to state their attitude towards the current situation, to evaluate the clerical development vector chosen by the authorities, and to formulate an alternative development program for our country, - based on values of science and secular humanism, as well as equality before the law of all citizens irrespectively of their religious views.

Hereby the Foundation is happy to propose to you participation in Conference related to problems of society’s clericalization, freedom of speech and conscience in Russia.

Plan of the Conference

1.     “Round table” (lectures of the participants of the Conference, free discussion)

3.     Adoption of the Program Statement of the Conference

4.     Press-conference, presentation of the Russian translation of “The End of Faith” : by Sam Harris

Reading of the Legal Information is obligatory for participation in the Conference.

* Alexander Nevzorov is a former Russian and Soviet TV journalist, a film director and a former member of the Russian parliament. His “600” was the most popular TV broadcast in 80-s and became one of the symbols of Perestroika.

** Article 282 of the Criminal Code provides for punishment for “actions aimed at stimulation of hatred or hostility, and humiliation of the human’s or group’s dignity basin on relation to sex, race, nationality, language, origin, religion or belonging to a social group, conducted publicly of with usage of mass media”

*** ”I was told the story” is a reference to recent conviction of Boris Obraztsov (journalist from Kaliningrad) under Article 282 of the Criminal Code. Boris Obraztsov is famous for his struggle against gratuitous transfer of state property to the Russian Orthodox Church (ROC) and other similar events in Kaliningrad.

His conviction was based on his opinion stated in an article where he criticized ROC for illegal seizure of property. Although his opinion was emotionally expressed (e.g. he called the priests “drag queens” and their adepts “idiots”), the conviction was received by many as violation of the liberty of speech and revenge for his resistance to clericalization of Russia. 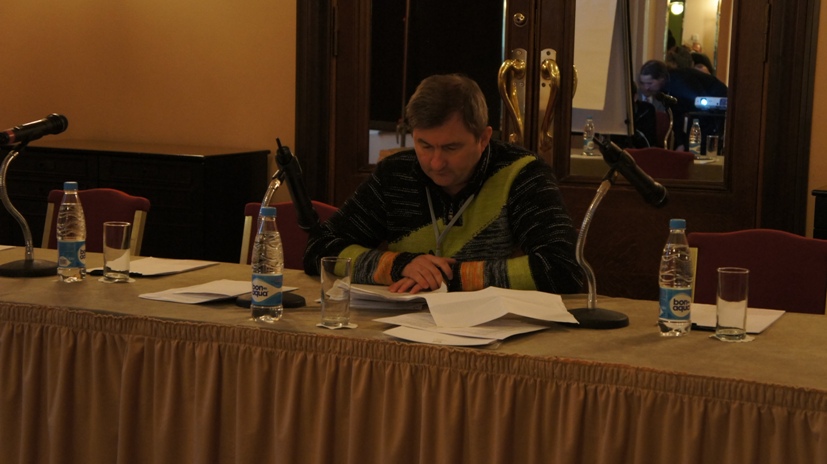 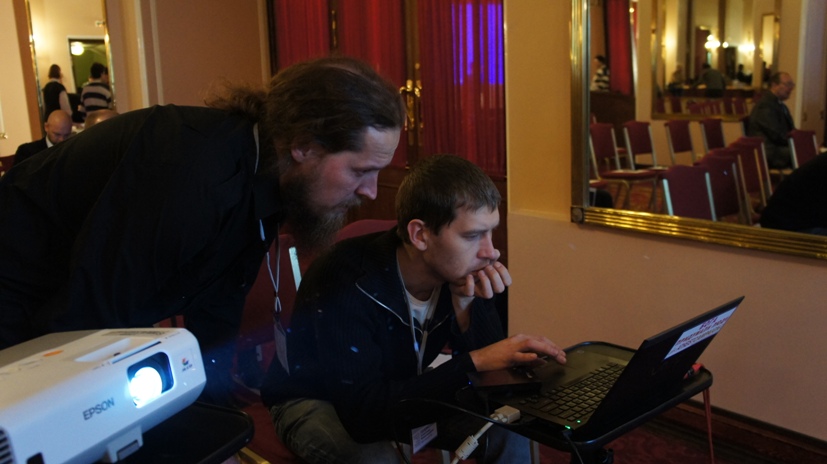 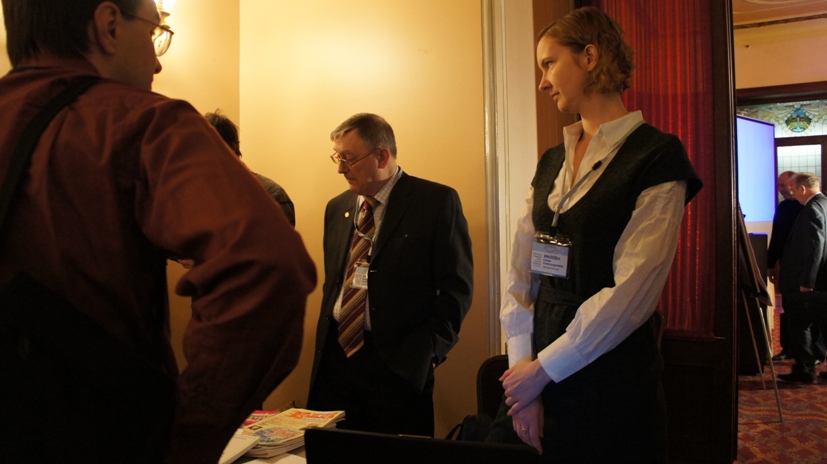 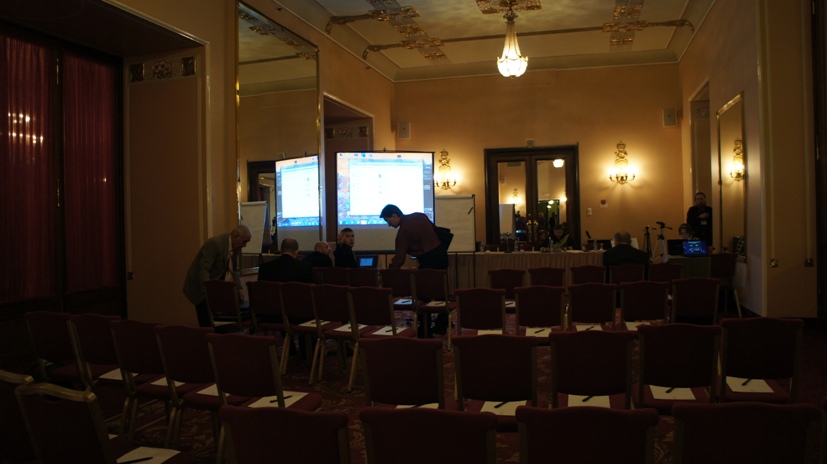 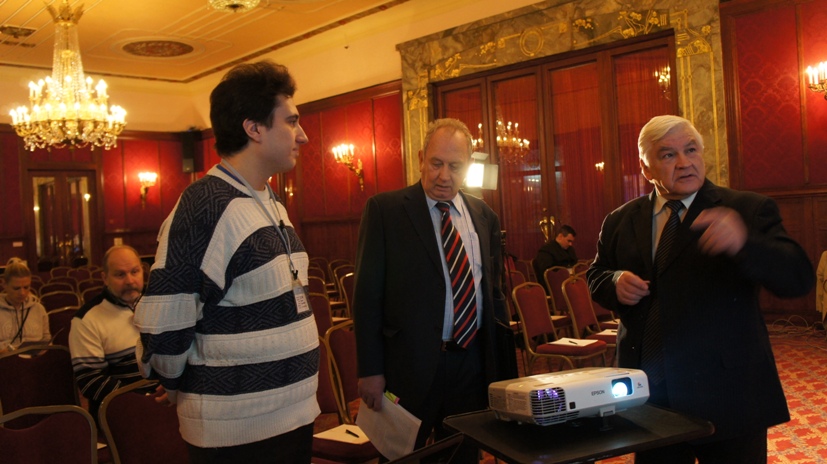 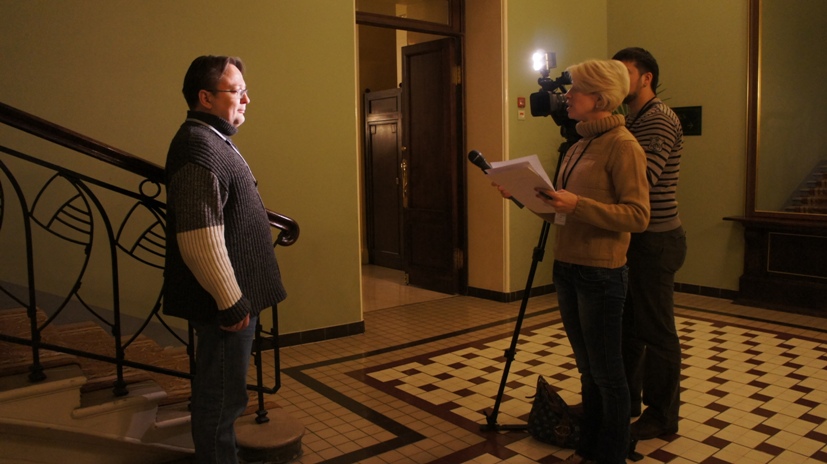